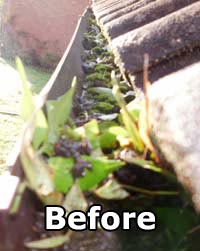 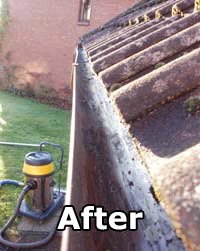 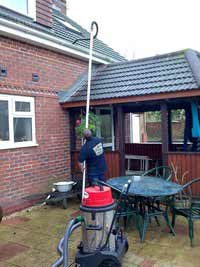 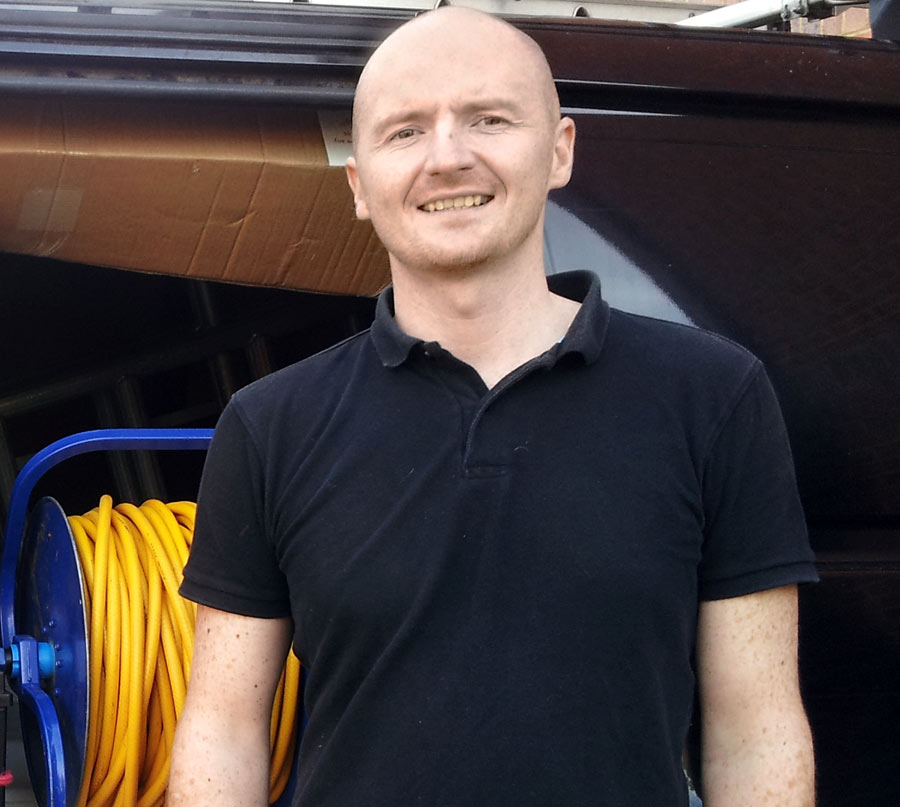 Welcome to We Clean Any Gutter 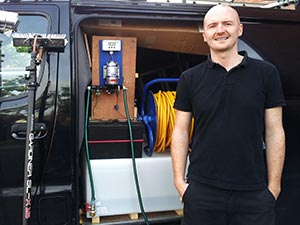 Hi my names Tom and i'm the owner operator at We Clean Any Gutter. We are a small local friendly company based in Surrey and operating throughout the South East. Don't hesitate to give me a call or leave a message to discuss any work you need doing or just fill in the online form and I'll get back to you. Thanks, Tom

We Clean Any Gutter in Windsor and SL4. Please select your postcode area above to get your ONLINE gutter cleaning quote.

Once you have filled out our online Gutter Cleaning Quote form you will receive a fixed price quote for your particular property by email. We aim to get a quote to you by the end of the day.

We use the latest 'Gutter Vacuum' system to clear all gutters in Windsor and SL4. This method is quick and efficient causing little mess. With our Gutter Vacuum we can clean all those before hard to reach areas like above conservatorys and extensions.

Inspection cameras are used to carry out a before and after survey of your gutters to ensure they are clear of all debris. Before and after images are available on request.

• No gutter is too difficult for us to clean. Our gutter vac performs every time!

• No part of your guttering we be left un-cleaned. Our suction poles can go places ladders previously could not access.

• Don't put up with that dripping gutter any longer. Don't delay, call us today!


We Repair Any Gutter in Windsor

We can also repair your broken or leaking gutters in Windsor.

If you know of any areas that are leaking please point this out to us at the beginning of the appointment.

Windsor is first mentioned in the Anglo-Saxon Chronicle. The name originates from old English Windles-ore, or 'winch by the riverside', a royal settlement, now called Old Windsor, located about 3 miles (5 km) from the modern town. Windsor Castle was originally built by William the Conqueror in the decade after the Norman conquest of 1066,[5] a timber motte and bailey structure in the manor of Clewer. It was noted in the Domesday Book as 'Windsor Castle'. Some time after 1086, probably in the reign of King Henry I, the royal household moved upstream to the recently-built castle. By 1110, important crown wearings (Great Council of state) were noted as taking place at the castle and King Henry married his second wife there in 1121, after the 'White Ship' disaster. The settlement at Old Windsor largely transferred to this 'New' Windsor during the 12th century, although substantial planning and setting out of the new town (including the parish church, marketplace, bridge and leper hospital) did not take place until c. 1170, following the civil war of Stephen's reign. At about the same time, the present upper ward of the castle was rebuilt in stone. Windsor Bridge is the earliest bridge on the Thames between Staines and Reading, having been built when bridge building was not common. It played an important part in the national road system, linking London with Reading and Winchester, but also by diverting traffic into the new town, underpinned its success.

Windsor is particularly well served when it comes to shops. As a tourist town there is a wide selection of gift shops around the castle, together with stylish shops and restaurants in Windsor Royal Station. The main shopping street, Peascod Street, includes as an independent department store, W J Daniel & Co, noted for its large toy department, as well as national chains such as Marks & Spencer and Boots. King Edward Court, a pedestrian-only shopping centre, has a Waitrose supermarket alongside other stores including H&M, New Look and Zara.


Please use the instant online quote form to get your gutter cleaning and repair quote in Windsor today.